KAILUA-KONA — The Big Island’s a hot spot when it’s cold elsewhere in the world.

With its unique geography offering up everything from snow-covered peaks, black and green sand beaches and lush rainforests to an active volcano, Hawaii Island is a popular choice for travelers during the winter months.

On Tuesday, U.S. News &World Report named Hawaii’s southernmost island the 2018-19 Best Winter Vacation spot in the world, beating out 19 other locales on the list of the top 20 global destinations.

“It’s about time they figured it out,” said Hawaii Island Visitors Bureau Executive Director Ross Birch speaking from Las Vegas where he is promoting Hawaii Island at the IMEX America, an exhibition for incentive travel, meetings and events.

“It’s nice to be recognized as the best winter vacation spot this year, but I’m surprised they didn’t mention our food and our people,” said Mayor Harry Kim.

The publication, known for its annual college and hospital rankings, also ranks the Big Island No. 1 for best beaches in the U.S. and world.

“There’s no doubt that this island packs in the most diverse offerings one can experience on vacation. The waters off Kona’s coast are amazing with world class fishing, snorkeling and diving year-round. Activities, restaurants and shopping are interesting and fun,” said Kailua Village Business Improvement District Executive Director Debbie Baker.

“The fact that they’ve gone through some great destinations and sorted through it, for us to come out on the top is an amazing thing,” said Birch.

To determine the Best Vacations, U.S. News &World Report said it analyzed more than 700 destinations using a methodology that combines travelers’ opinions with expert and editor analysis. Each destination is scored in 10 categories, from sights, culture and food to nightlife, adventure and romance, offering a comprehensive evaluation of each destination.

“That’s good news for us,” he explained. “I’m feeling comfortable that we’ve been in a lot of searches and people now are starting to give us great consideration now as a destination, even as soon as this winter coming up — it’s great news for us.”

Positive news it is, particularly in the wake of the devastating Lower East Rift Zone eruption and passing tropical cyclones that put a damper on what could have been a record-setting year for arrivals to the island.

Lava ceased flowing from Fissure 8 on Aug. 6. September visitor statistics are due out later this month.

Though numbers have yet to be released, Birch said tourism is picking up thanks to aggressive pricing by airlines. Short-term hotel bookings have also increased.

“We’re seeing that uptick. I’m hoping that it is enough to keep us at a level field over last year but we’ll see how much we can pick up on that,” he said.

Book your stay today and come and enjoy the beauty and the 11 different climates on the Big Island. 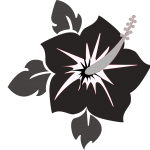